The new 675 kHz NRK transmitter at Rost replacing the old Bodo unit on May 21st 1999 has been built on the remains of the former DECCA navigational transmitter on the island. The transmitter is brand new, and capable of operating Digital AM. The following pictures were captured by Norkring engineers early May 1999. 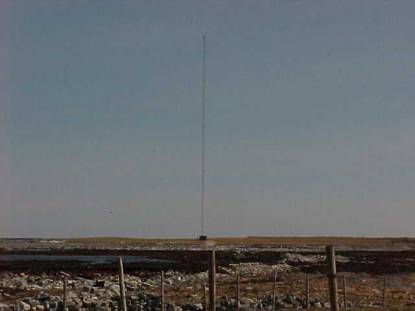 Rost is a small island at the outer end of the Lofoten group of islands west of Bodo on the mainland.  This location is excellent with plenty of ocean water on all sides. 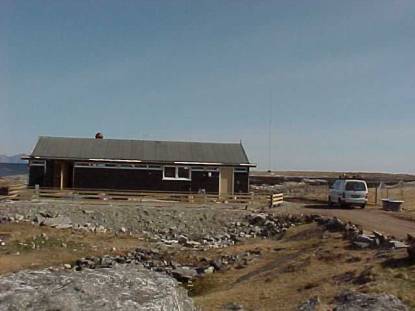 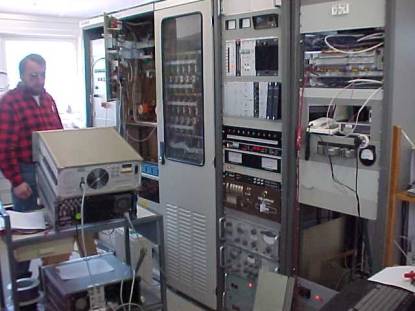 The transmitter hall with various control-equipment, and the factory new Telefunken Tram 20 transmitter. 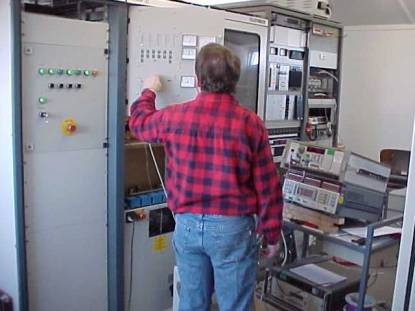 Front view of the Telefunken transmitter during final on site testing.