He graduated from the Norwegian Technical University in 1958, and on the 6th of January 1959 Mr.Stokke joined the Broadcasting Section at The Norwegian Telecommunications Administration where he got the responsibility for frequency planning and radio propagation problems.

From 1960 he participated as a lecturer in the education of maintenance people for the FM and TV stations. In addition he served as a part-time teacher at the Norwegian Telecommunications Administration’s Education Centre for engineers.

When the Norwegian Telecommunications Authority was established in 1987, he became Head of Section for regulation of TV and FM broadcasting, cable TV and radio propagation.  In 1995 the name of the organisation was changed to Post and Telecommunications Authority, and he was engaged as adviser in the Technical and Standardisation Department/Staff.

Because of the nature of his work, he has participated in international organisations concerning radio regulations and radio propagation. He was a member of the Norwegian Electrotechnical Committee, and has been a member of the board of representatives in that committee. He was also a member of URSI (Union Radio-Scientifique Internationale) and AGARD (NATO’s Advisory Group for Aerospace Research & Development), and contributed with papers and articles in these organisations.

Concerning international cooperation related to radiotechnical problems, he participated in the work of EBU (European Broadcasting Union), and as Norwegian delegate to several ITU meetings and planning conferences (ITU = International Telecommunication Union). One of his responsibilities in one of the ITU working groups was to prepare the first edition of the World Atlas of Ground Conductivities.

He has also participated as a lecturer at ITU seminars (Muscat, Oman, 1983, Geneva 1983). Another lecture which he mentioned, was at the German lonospheric Institute in Kleinheubach 1981 (in German),

The Northern Star project is very grateful to Knut N.Stokke. He was a very friendly and helpful person, very knowledgeable, and a very great help to our project! We first met in 1972 at Teledirektoratet in Oslo as a dx-friend and myself had been invited to his office to discuss the coming ITU LF/MF Conference in Geneva in 1974. The conversation was most interesting, and only the first of many conversations and phone calls throughout the 70s-80s-90s and early 2000s. We learned of the plans for high-power AM-stations around Norway, heard of the special antenna system of Allouis, then on 164 kHz, facsimile transmissions over Jeløy Kringkaster, and as the broadcasting monopoly fell, he became favorable to the community broadcasting stations set up from the early 80s and onwards. And he signed many QSL cards and letters for us! He arranged for a grant to DX-Listeners'Club from Teledirektoratet for NOK 10000, and generously shared his knowledge and papers and essays. Always a big supporter of AM broadcasting because of its big coverage, it was he who finally convinced us to go for a high-power AM license in January 1997, initially for 153, then for 216 and 1314 kHz. We were able to rely on him for our application documents in 1997 and 2000, had the 153 and 216 kHz frequencies on our hands, and the 1314 station LKS Kvitsøy Kringkaster on offer for the last part of 2006. Stokke always said, first you get "NO", then "YNO", then "YES AND NO" and finally "YES". He was right, never hiding there might be opposition! Knut N.Stokke was also a very gifted writer of Christian hymns and has also left a large folder of these. We last met in 2006 at Post and Tele in Oslo in connection with our taking part in the P&T working group "New life for Low-Frequency Broadcasting" but had contact until he was hit by illness. 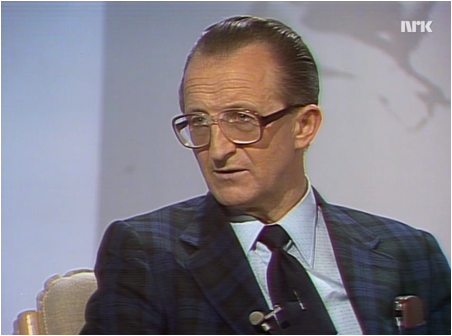 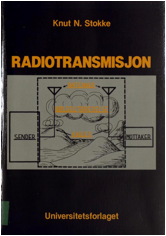 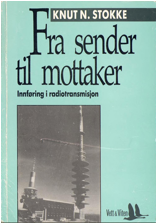 All rights reserved: The estate of Knut N.Stokke© and Northern Star Media Services AS©, 1974-2017